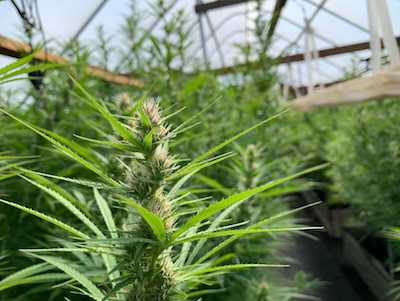 Oregon State University has found that the acidic versions of Cannabidiol (CBDA) and Cannabigerol (CBGA) are effective at blocking Covid-19 from infecting people!

The study was led by Richard van Breeman, a researcher at OSU’s Global Hemp Innovation Center, College of Pharmacy and Linus Pauling Institute. The results were published in the Journal of Natural Products.

They really do. The tests were done on the first two variants of Covid-19, but as time goes on, the team at OSU plans to test later variants as well.

If you’d like to read the abstract, you can do so here.

The study found that CBDA and CBGA bind to the SARS-CoV-2 spike protein, which blocks the process that the virus uses to infect people. To arrive at this conclusion, they used CBDA and CBGA derived from hemp as well as the spike protein used as a drug target in Covid-19 vaccines.

In an article from Oregon State University, Van Breeman was quoted as saying that “cell entry inhibitors, like the acids from hemp, could be used to prevent SARS-CoV-2 infection and also to shorten infections by preventing virus particles from infecting human cells. They bind to the spike proteins so those proteins can’t bind to the ACE2 enzyme, which is abundant on the outer membrane of endothelial cells in the lungs and other organs.”

One of the most interesting parts of the study is that the team worked with many different botanicals in addition to CBDA and CBGA, but found that the two cannabinoids had the greatest affinity for the SARS-CoV-2 spike protein - meaning they were found to be the most adept at blocking infection.

How can consumers get CBDA and CBGA?

Van Breeman stated that while CBDA and CBGA “have the potential to prevent as well as treat infection by SARS-CoV-2” they are, unfortunately, not contained in hemp products. Well, Dr. Van Breeman, that is the one place where we disagree with you. Tweedle Farms has long championed the use of acidic cannabinoids (ahem, see here) and looks forward to bringing more of their in-house formulations to market in the near future.