As we navigate our natural world, we encounter numerous aromas; some good, some bad.

Plants are capable of exuding a vast array of smells, from the sharp and pungent, to the sweet and seductive. This variety is due, in part, to aromatic compounds called terpenes that are found in plant resins.

Not only are terpenes responsible for brightening our world with their aromas, they’re also known for a variety of medicinal benefits. For example, the effects of aromatherapy are largely due to terpenes, as are certain medicinal properties of plants and natural medicine. As you’ll see in the chart at the bottom of the page, each terpene holds its own beneficial properties.

As if that weren’t enough, terpenes also play a large role in determining the effects of cannabis! Without terpenes, cannabinoids like CBD and THC would have relatively muted effects, but when they’re combined with these miraculous aromatic compounds - that’s when the magic happens; and more pointedly, it’s when the true difference between strains considered “indica” or “sativa” can be felt.

Caryophyllene, more frequently known as β-caryophyllene, is one of the more common terpenes found in cannabis. It’s also found in large concentrations in black pepper, cloves, hops, rosemary and a variety of other plants.

Known for its spicy, musky, and funky profile, it is the terpene largely responsible for the spiciness of black pepper. It also contributes a similarly spicy and pungent flavor to cannabis as well as hop-heavy beers, like IPAs.

Many of our favorite strains are positively packed with terpenes, including bestsellers like Mango Pie, OG Kush, Kush Hemp, and Pinewalker. THC-rich strains Girl Scout Cookies and Gelato are also high in caryophyllene.

What does caryophyllene do?

Caryophyllene is an extremely interesting terpene because its chemical structure allows it to bond directly with the body’s CB2 cannabinoid receptor. This means that it acts like a cannabinoid and is capable of activating our endocannabinoid system!

Curious how that can manifest and what kind of effects it can produce? Check out this terpene chart from Green Leaf Labs: 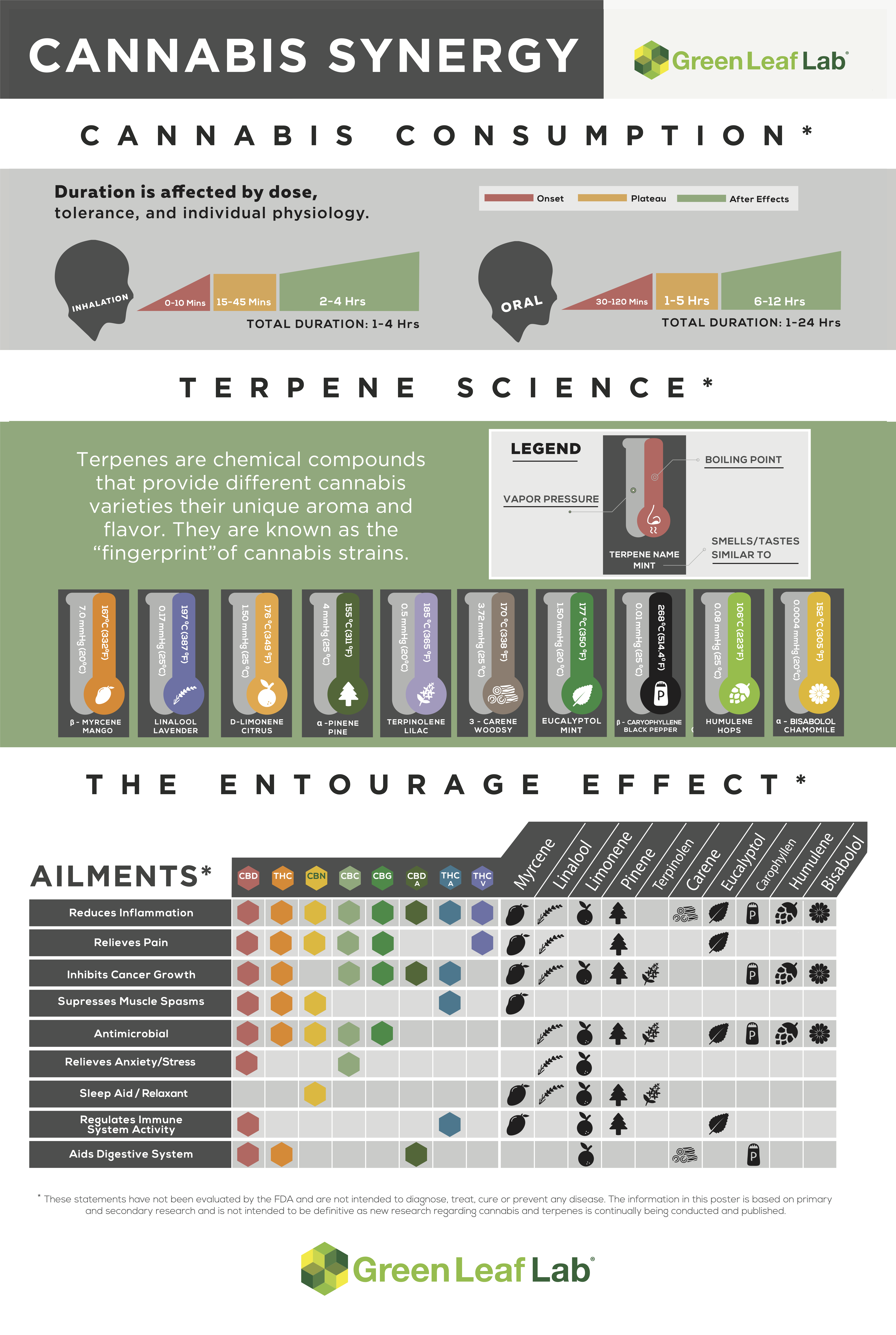